8 Great Reasons to Meet in Memphis

Ask meeting and event planners why they choose Memphis and these are the answers you'll hear most frequently.

In the Home of Blues, Soul and Rock 'n' Roll, live music rocks seven nights a week from America's most iconic street (Beale) and legendary music attractions—from The Blues Foundation's Blues Hall of Fame and Sun Studio to the Stax Museum of American Soul Music and Elvis Presley's Graceland—welcome all. Even better, Memphis' musical landmarks and attractions double as meeting, event and breakout venues.

Have you heard?
Memphis is one of the "world's greatest places"
– TIME, 2021
Tell Me More

The Renasant Convention Center is Ready for You 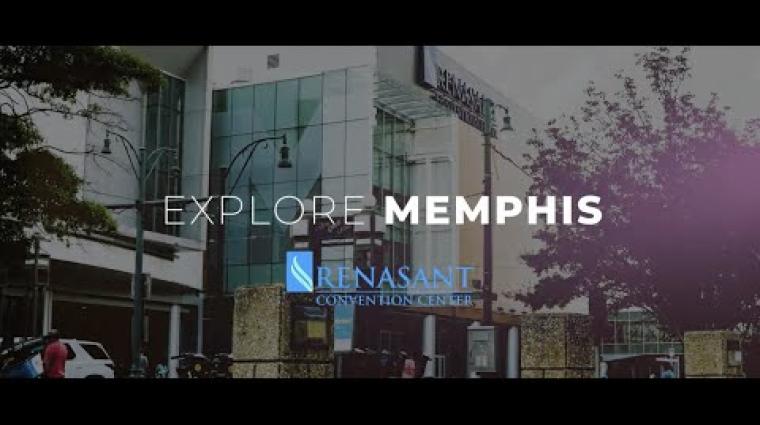 Discover the $200M modernization of the riverfront Renasant Convention Center in Downtown Memphis, which celebrated its grand opening in fall 2021.

2,000 new hotel rooms are coming to Memphis, including planned upgrades to the city's existing convention center hotel and development of a second convention center hotel. Memphis International Airport (MEM) is nearing completion on a $245M upgrade of its own, and Liberty Park, a $200M sports and events center in the heart of the city, is progressing. The projects are part of a $17B wave of investment currently transforming Memphis. Learn more here.

4. STILL, MEMPHIS IS A VALUE FOR GROUPS.

Despite its development, Memphis offers groups a lower cost-per-attendee than other cities on the rise, thanks in part to reasonable airport transfers, average daily rate and food & beverage costs. 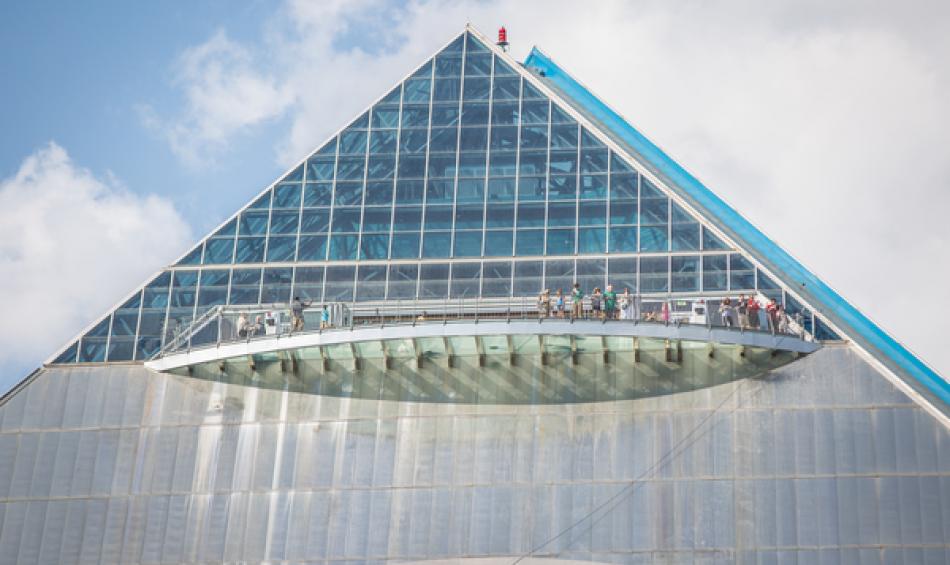 Memphis' Off-Site Venues Will Wow You

The Lookout at Bass Pro Shops is one of several unique off-site venues for meetings and events in Memphis.

Memphis' central location means we’re a short flight, drive or train ride from almost anywhere in the U.S. In fact, we’re a 6- to 8-hour drive from 85% of the country. Traditional airlines as well as value carriers service 100 flights daily between Memphis International Airport (MEM) and 30 nonstop destinations, and Amtrak provides nonstop service to Memphis from Chicago and New Orleans. Once your delegates are here, they'll enjoy our compact, walkable downtown, plus fun and varied transportation options–all at reasonable prices.

WHAT PLANNERS ARE SAYING

"We look for a location with restaurants in every price point, within close proximity for walkers. We are extremely pleased with Memphis in this regard. Every meal we had in Memphis was fantastic; we loved the food scene and the availability to get out and do some things. It's a great destination!"
– Tracey Edwards, CEO, National Exchange Club

6. MEMPHIS IS A ONE-STOP SHOP FOR PLANNERS.

Considering your budget isn't the only way that Memphis adds value for planners. The Memphis Tourism team works with planners every step of the way, from advocating for your vision to connecting you with local resources, whether you need logistics assistance or a local speaker in your vertical. Should you consider hosting your event at the Renasant Convention Center, it's managed by Memphis Tourism, making your job even easier.

Until you visit Memphis' Renasant Convention Center in person, tour our photo gallery and take a 360-degree tour.

Bringing Memphis’ unique sense of place into the Renasant Convention Center was a major driver in the modernization. Outdoor spaces such as the Riverview Terrace, shown here, invite relaxing breaks and elegant receptions backdropped by the Memphis skyline.

Groups can take advantage of a new open-air concourse connecting the Renasant Convention Center to Main Street, with easy entrée to Memphis' walkable downtown. This concourse, and the venue's glassed-in lobby that overlooks it, can double as registration and breakout space.

The Memphis Board Room, a three-sided glass space inside the Renasant Convention Center, cantilevers over the city's Main Street for downtown views.

The interiors of Memphis' Renasant Convention Center have been fully reimagined to feature hotel-quality finishes, as seen in this rendering of the venue's West Pre-Function Space.

Designed with meeting planner feedback in mind, the Renasant Convention Center builds flexibility into every element. Lobbies can double as registration and breakout space, while the main exhibit hall and ballroom can be configured in several unique combinations.

Glass is a key design element of the Renasant Convention Center. This photo of the venue's concourse shows how floor-to-ceiling windows energize the space with natural light and one-of-a-kind views.

Interior and exterior spaces invite delegates to gather organically or recharge on their own, including the airy West Lobby. In public areas such as this one, Memphis' Renasant Convention Center offers free WiFi.

Even from the exterior, the spirit of the venue is clear: connecting the Renasant Convention Center to the Memphis cityscape via glass and natural light.

Take a 360-degree tour of Memphis' Renasant Convention Center and Cannon Center for the Performing Arts. 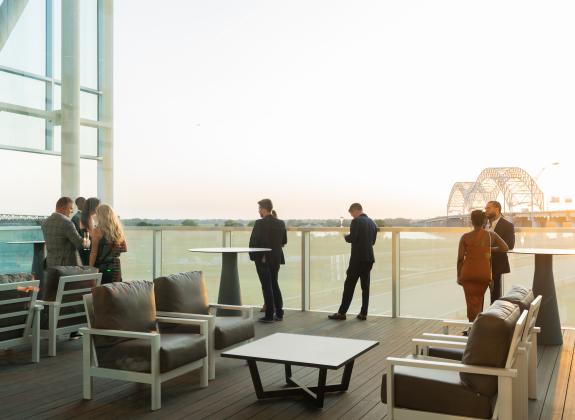 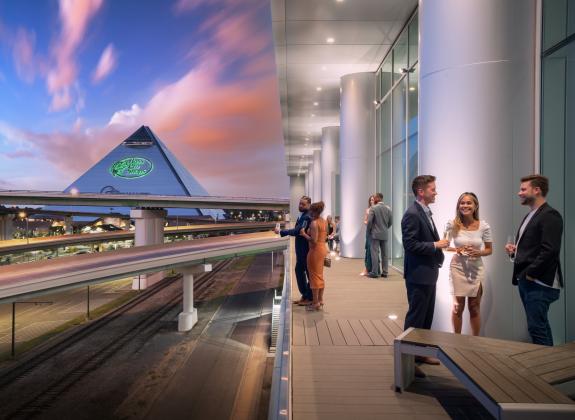 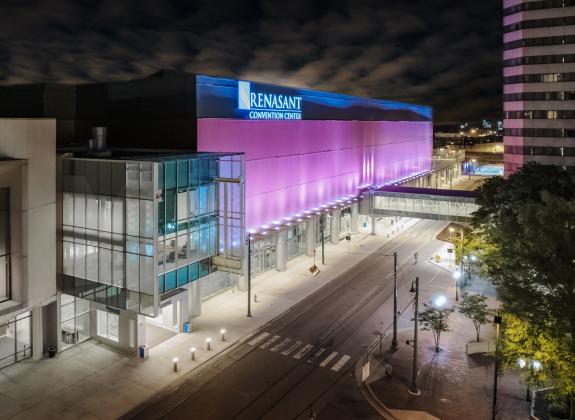 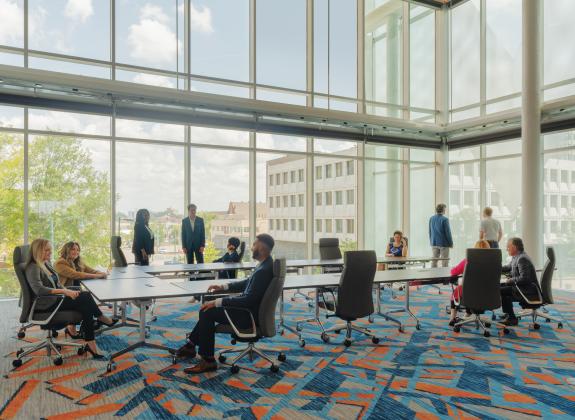 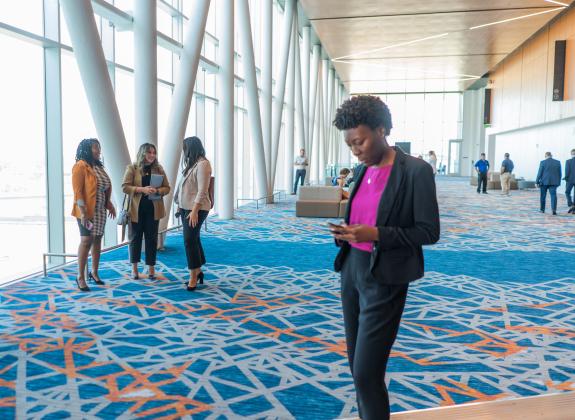 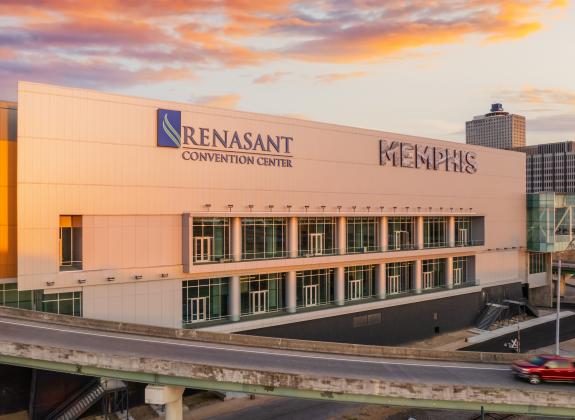 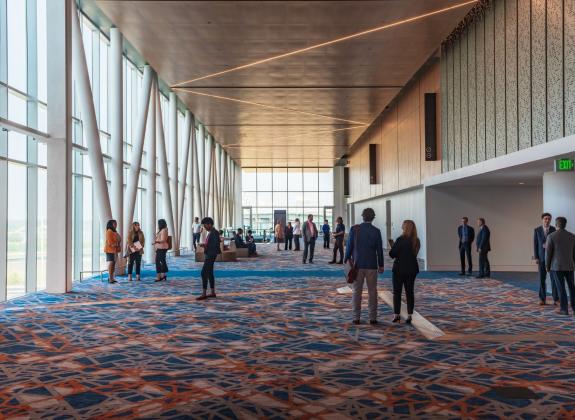 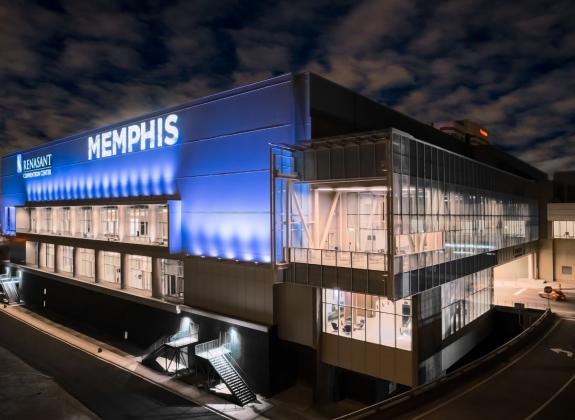 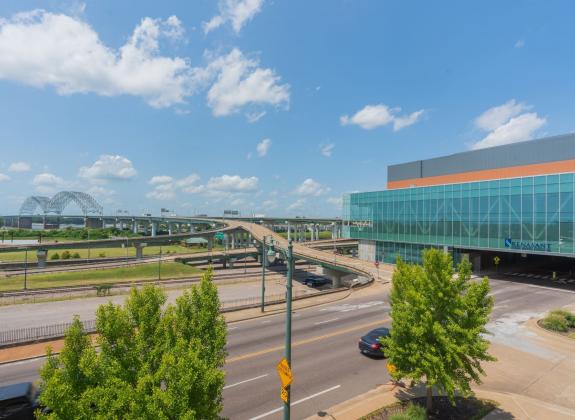 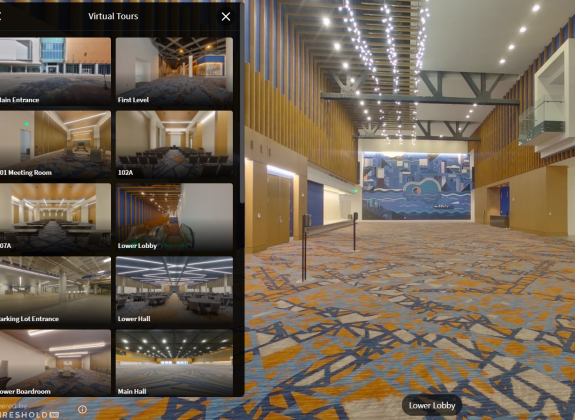 7. OF COURSE, MEMPHIS HAS MANY UNIQUE VENUES.

While everyone's talking about the new Renasant Convention Center, planners and delegates have been dazzled by the city's unique collection of meeting spaces and event venues for years–spaces from Elvis Presley's Graceland to one of the world's largest pyramids to Memphis Zoo. More on that here.

Maybe it's our Southern hospitality, but Memphis has a reputation for feeding its visitors well. Whether it's our world-famous barbecue, soul food or these casual and fine-dining favorites near the Renasant Convention Center, your delegates will remember the food as an endearing part of their Memphis experience.

8 Great Reasons to Meet in Memphis 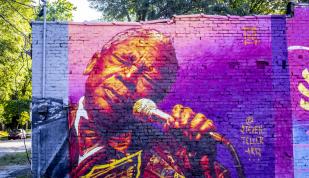 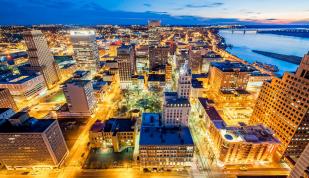